Living in Lubbock & the South Plains

The most popular questions we are asked:

Lubbock's nickname, "Hub City", derives from it being the economic, education, and health care hub of the multicounty region, north of the Permian Basin and south of the Texas Panhandle, commonly called the South Plains.

The area is the largest contiguous cotton-growing region in the world and is heavily dependent on water drawn from the Ogallala Aquifer for irrigation.

Overall, living openly in Lubbock is managable.  Although there are times when you will know how to step up or pull back from conversations/situations that may lead to you feeling unsafe and uncomfortable. There are times when the old saying; "You learn to pick your battles!", seems to have originated here.

In 2014, HRC (Human Rights Campaign) released rankings of 353 cities around the country in terms of LGBT equality.  The cities, including 22 in Texas, were graded on a scale of zero to 100. Lubbock scored zero.

Each city started with a score of zero and was awarded points for meeting certain criteria.

In 2004, we talked about the need for a public queer presence in Lubbock and how we would go about doing that. This virtual community center is providing Lubbock, ranked the second most conservative city in the United States in one poll (2006), a public space to challenge misinformation. We call this creating more democratic spaces for all people. Others refer to these actions and strategies as issues of civil rights and equality.

Like artist David Wojnarowicz articulated, we are making one “brush fire in our social landscape,” hoping to ignite the empathy and social justice in other artists, teachers, students and community members. Stepping out of our comfort zone and speaking out we are challenging ourselves to stand up for that which is unacceptable. By educating others we serve a greater purpose to promote understanding, acceptance and tolerance. 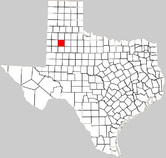 As we are a virtual community center, use our Facebook page to find out about most current news, participate in current topics, and make connections.

Recommend this page on: